Didn’t Deliver on Last Year’s Goals? This Might Be Why

Didn’t Deliver on Last Year’s Goals? This Might Be Why 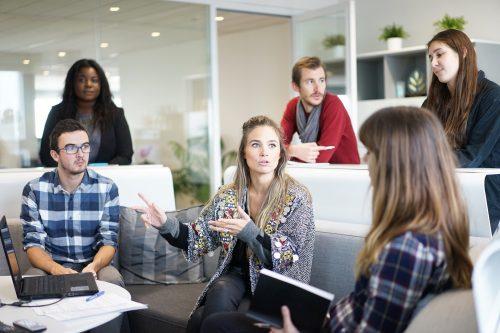 Tell me whether this story sounds familiar: The annual strategic plan seemed perfect — everyone in the room nodded enthusiastically when it was reviewed — but by the end of the year, some or all of the goals weren’t getting reached, and there was a list of excuses and blame going around about why. If this story sounds familiar, rest assured that you’re in good company: The Harvard Business Review reported that “in 2016, it was estimated that 67% of well-formulated strategies failed due to poor execution.” There are always many reasons why companies fail to execute their strategic plans, but one theme I’ve seen consistently throughout my career is a lack of alignment between company strategies and goals and those carrying them out.

In simple terms, I describe alignment as employees “rowing in the same direction” as their company’s goals, both in execution and buy-in. Oftentimes, agreement is mistaken for alignment, when the truth is that the two are completely different. In the scenario above, people were nodding their heads and agreeing to tasks, but that doesn’t mean they knew why they were doing them. In my experience, agreement happens when people try to hurry projects along or are feeling frustrated with the process, which can be destructive to an organization because it causes distracting emails, longer than necessary meetings and a sense of chaos among employees. Alignment is possible when an organization’s leaders intentionally create an environment where everyone feels comfortable participating, meaning every person’s views and opinions are taken into consideration before making a decision.

I’ve found that most people — my husband, Vince, included — don’t realize how big of an impact alignment can make in personal and professional lives. A few years ago, Vince decided to climb Denali, an Alaskan mountain that is over 20,000 feet tall. Summiting Denali is no easy task, as you have to be roped to your companions, carry your own supplies and spend several weeks in a tent on the icy mountainside. Vince was completing this climb with two other people, and from the very beginning, he felt wary of whether or not they were all on the same page in their training and preparation leading up to the climb. However, Vince, like many of us, ignored his hesitations and chose to begin the climb of Denali anyway. When the three men reached the final and most dangerous portion of the peak, Vince realized that while they had agreed to summit the mountain together, they weren’t aligned on how they were going to go about it, which was alarming considering their lives were at stake.

Vince ended up voicing his concern and retreating back down the mountain, never finishing the climb he had prepared and worked so hard for. While this story may be more extreme than the execution of a strategic business plan, there are clear parallels: How many people have reached the third or fourth quarter of a fiscal year before they’re willing to admit that they weren’t totally aligned with one of their team’s or company’s strategies? To implement a strategic plan without creating team-wide alignment is often a waste of everyone’s time, energy and resources. Furthermore, it’s almost always a recipe for missed deadlines, persistent conflict and unreached goals.

Achieving alignment is often neither simple nor quickly fixed: It can take time and effort from every single person that’s involved. If an organization’s leaders are dedicated to making the change, though, then it’s possible with the tactical steps listed below.

Prepare the environment for change.

It can be vital that you talk to employees ahead of time, especially the ones who are often the dissenters, so they know that a change is coming and they’ll be onboard before it even happens. Additionally, once you have the naysayers on your side, it will likely be easier to get everyone else on board as well.

Listen to people’s points of view without casting judgment, and confirm and clarify the views you hear. That doesn’t mean you have to agree with them, but it enables the person to feel heard and validated. In order to create a safe environment, also invite those who rarely self-select to share their opinion on things. This can ensure that you hear every voice that’s involved.

An important part of alignment is letting go of individual agendas and focusing on what’s best for the team. With that being said, encourage people to give up their individual concept or idea of what the best course of action is and listen to every other idea that’s offered.

Slow down, and give your employees full context of the outcomes they’re working toward. Once individuals receive context, they’ll have a better idea of why they’re doing the work that they are, and they’ll likely be more motivated to get it done on time and correctly.

Organizational Alignment Can Be Powerful

There are few things more powerful within a company than the right strategic goals effectively cascading down through teams and employees that are aligned to complete them. If you stumble on goal completion in your company or team in the future, step back and ask yourself: Did my team simply agree to complete the deliverables, or were they aligned to do so?

What have your experiences been with alignment around goal completion in the workplace?

Check Out Our Alignment Program

Alignment is a critical element in a culture of productivity. When staﬀ are in alignment with the organization’s goals, the team’s goals, and their personal goals, it’s powerful. Alignment is not always easy to do, but when achieved, it creates a high-performing strategic team. The Alignment Program focuses on learning from the past year; reviewing celebrations, disappointments and productive course corrections, which leads to higher levels of accountability, understanding, transparent communication and connection.

About the Author: Chloe Gottschalk