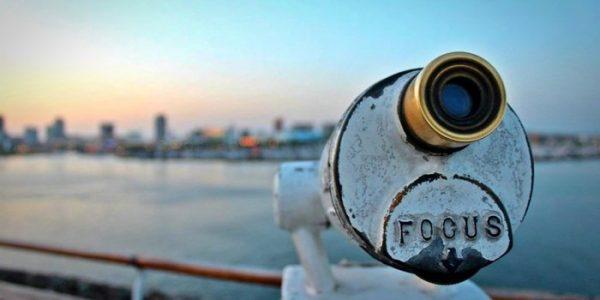 ProdigyMSN (PMSN) is the most popular website in Mexico with over 23 million users, and features a variety of services, including Windows Live Hotmail, Windows Live Messenger, video, news, and the latest in entertainment, lifestyle and sports. It is a small organization that specializes in online media, advertising, news, e-mail and instant messaging. PMSN is a joint venture between Microsoft and Telmex.

Working with McGhee Executive Consultant Peter Felsmann, a strategy was developed to create alignment and set goals for the entire organization. Through the implementation of the Objective Accountability Program (OAP), the operating paradigm for the entire company was shifted. The team began feeling unity, creating commitment to an overall organizational goal and taking action to achieve results. By taking time to develop goals and ensure alignment, Peter helped them slow down to speed up.

Situation
Daniel Bekerman was brought on board to run PMSN after the organization had spent six months without a General Manager. Daniel realized that PMSN hadn’t had a clear direction or focused organizational objectives for nearly two years. Additionally, revenue and most of the other key metrics had been in decline for over 8 quarters. Daniel began by making an in-depth diagnosis of PMSN and realized that, to achieve sustained results, they needed to generate a cultural transformation and incorporate accountability, processes excellence and alignment towards common goals. Daniel looked to McGhee Productivity Solutions for help in achieving sustainable results over time.

Solution
Daniel and Peter worked together to create a plan for implementing the Take Back Your Life® program and the development of a Strategic Team Plan (STP) and Accountability Program (AP). Peter began by helping ProdigyMSN’s Leadership team in identifying the company’s Mission and Values, producing a very inspiring framework for the rest of the organization to align under, and then continued working with the team to create an operating paradigm that actually empowered employees to participate as part of a team rather than feeling like they were working in silos.

With this new context, the team created alignment on overall goals over a short and long-term period, creating direction and a road map for the entire organization. The Leadership Team abandoned the distractions that were paralyzing growth, causing them to slow down and focus on moving forward. By slowing down, they were actually able to speed up through aligning and moving towards the same goals.

With the STP in place, the team began feeling unity, with the emphasis on the “setting of commitments” becoming a natural result of their business process. By creating and utilizing the new operating paradigm created in the STP process, the team realized how operating in silos was a waste of time, and how empowering teamwork was beginning to drive the organization forward. The team had clearly defined goals for the next five years, designed from a newly created mission and set of values as well as enhanced communication within the organization. Peter helped Daniel look at the organization as a whole. Every single employee can now say what the mission and values are, which drives their meetings and decisions. For the first time, there is clarity on the Leadership Team.

The OAP transformed the staff from being uninspired and lacking focus to being aligned on goals and objectives, making them part of the bigger picture and creating commitment to action and results. People are now participating as an active part of a team instead of being passive about what they were doing. People are now invested in the enterprise.

In Phase I, Preparing the Leadership Team for Change, Peter and Daniel worked with the team at PMSN to identify the obstacles in aligning on common goals and objectives. Daniel articulated the need to eliminate silos and the importance of having each team within Prodigy MSN working together towards clear and defined objectives.

In Phase II, The Strategic Team Plan (STP), an off-site session was conducted with the Leadership Team, Daniel and his team worked to define the company´s Mission Statement and identify 8 core values that the team now uses to make decisions on each thing they do. These core values act as their compass in the medium and long term, helping them make decisions, especially when times are difficult. Through this process, paradigm shifts took place which empowered clarity around common goals, alignment on defined objectives, and greater levels of accountability. The team worked with Peter to identify what was causing disempowerment within the staff, discovering that there was no alignment or clarity on what the company was actually committed to achieving. From this, the Leadership Team established and aligned upon goals and objectives for 1-year and 5-years out.

Finally, in Phase III, Preparing for the Accountability Program (AP), the team designed individual accountability templates, including metrics and an accountability calendar with monthly and quarterly review meetings. Completing these put Prodigy MSN in a strong position to incorporate new processes into their strategic plan and prepared them to execute the program independently while maintaining accountability.

Benefits
One-and-a-half years after beginning the OAP process, Prodigy MSN is accomplishing the goals they set. 6 months after the first Strategic Team Planning session, ProdigyMSN´s revenue had reversed a 9-quarter decrease in revenue ending up with a 43% increase in year-over-year revenue after 6 months, and a 28% increase in revenue during the second year of the STP. In addition, people are engaged in the work they do and the direction the organization is heading, and the team has defined all commitments as “binary commitments” — you either accomplish them or not — a philosophy that has moved throughout company.

Additionally, the decision-making process at Prodigy MSN has changed. Employees constantly talk about values, and these values guide all of their decisions. They relate to the organization’s values when they make tough decisions because they are committed to the values — they live them and focus on them in their daily work. The values have become part of the company language.
As a standard practice, McGhee collects both qualitative and quantitative data prior to and after the consulting session to measure impact and return on investment. This group experienced the following results:

• The team has clear objectives for the first time
• There is unity within the organization, moving towards the same goals
• Silos have been eliminated and communication has become regular practice
• Team members feel empowered to participate and engage in driving the company forward
• The leadership team is experiencing alignment and being accountable

• Turnover has decreased from 33% to 16%; in addition, attrition has improved, and competencies have been upgraded within the organization
• Company culture metric has shown a favorable increase of 9 points year to year
• Metric for Leadership Team alignment on vision / strategy / direction increased 20 points
• 43% year-over-year increase in Revenue 6 months after the first Strategic Team Planning Session; 28% increase in revenue in the second year of OAP