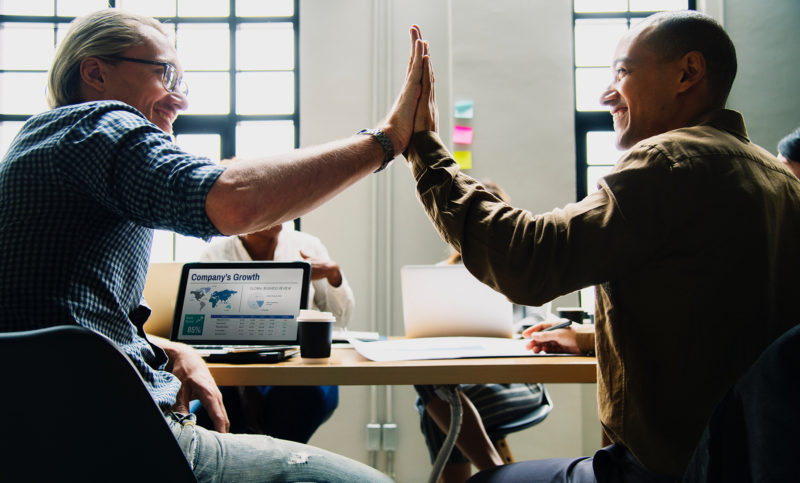 Microsoft is the world’s #1 software company providing a variety of products and services, including its Windows operating systems and Office software suite. Over the years, Microsoft has expanded into video game consoles, customer relationship management applications, server and storage software, and digital music players. The company, with over 93,000 employees and sales in excess of $58 billion, has also used selective acquisitions to enhance its presence in online advertising, mobile devices, and enterprise software.

The Global Curriculum Development Group within Microsoft is responsible for building the training content that is consumed by the Microsoft field. In 2009, they faced a lot of change due to a departmental merger and challenging market conditions. The group’s Senior Director wanted a plan to get everyone in his group working more strategically and aligned around a common long-term vision.
He engaged McGhee Productivity Solutions (McGhee) for consulting. The Objective Accountability Program (OAP) offered processes for him and his team to create and align on key objectives, increase accountability, improve communication, and implement a process for measuring success. As a result, they were able to establish trust and a common language, vision, and process for managing the way they work using McGhee’s Outlook-based methodologies.

Situation
The Global Curriculum Development Group at Microsoft works with a number of stakeholders in the field and at headquarters to define the training content that is built and deployed to more than 42,000 field staff around the world. In 2006, the group’s Senior Director, Larry Clark, joined SMSG Readiness and recalls, “At that time, every functional area in the group was implementing major changes to address critical issues.” Over the next few years, the leadership team worked hard to eliminate the issues, but the problem, according to Clark was, “I hadn’t gotten our team out of the mindset of just fixing things.” Convinced that the major issues were handled by 2009, Clark decided, “We had to start thinking about the future as opposed to continuing to catch up to our present.”
By then, the group had already been through a lot of organizational change year over year, including a consolidation in 2009 from three teams to one. Clark was faced with integrating all 30 people into one cohesive, result-producing group. Because of the organizational change, the group didn’t have a clear picture of long-term success. “The team didn’t know how to look beyond the next fiscal year and the last round of changes we had made,” explained Clark.

Additionally, the department was moving to a single-source vendor model. According to Clark, “It was a gut wrenching change for this team because we were ripping apart something they knew how to do and were putting in place a whole new planning process with a new vendor.”

Solution
In the midst of organizational change, the group turned to McGhee Executive Consultant, Cindy Whiston, to deploy an OAP. The goal was to get everybody in the newly formed organization aligned around a long-term vision. According to Clark, it was important that the group recognize what it was they were doing in the context of where they were going. The program started with an individual and team productivity program that laid the foundation for the OAP and enabled them to see the need for alignment around their individual, team, and division objectives. It allowed them to better manage their day-to-day workflow to better support their goals and the goals of the team and organization and to create standard ways of organizing information that dramatically reduced unnecessary work allowing for greater focus on their goals – directly serving their mission and customers.

During the OAP, the leadership team created a mission, operating paradigm, values, and success guidelines. From there, they developed a strategic plan that cascaded annual goals into measurable commitments for each person along with metrics for tracking accountability and progress in real time. In each phase, the OAP utilized McGhee’s consulting, executive coaching, and facilitating services.

In Phase I, Preparing the Leadership Team for Change, McGhee worked with the internal sponsor, Larry Clark, to map out the purpose and intended results of the OAP. From there, productivity sessions with the leadership team created awareness around objectives and how to use the Outlook-based productivity system to cascade objectives from the organizational level to each individual. The group also improved their bandwidth for managing the tactical day-to-day work. Each used the system to prioritize their commitments, projects, tasks, and appointments in a way that ensures focus on top-level objectives. According to Clark, “It gave me an opportunity to talk to people about how I expect them to manage their work, to stay on top of things, and to think about the work they do and not just be caught up in the mad dash to get through the day.”

In Phase II, The Strategic Team Plan (STP), a three-day off-site session was facilitated where the leadership team reviewed the prior year and created guidelines to ensure that the team’s strengths would be leveraged and their past disappointments would not be carried into the future. With coaching, a lot of discussion took place around their operating paradigm. The leaders realized that culturally the organization needed to change, and as the leadership team, it was up to them to guide that effort. This meant that they would have to start being different and showing up differently. With this awareness, they developed a one-year Strategic Team Plan, based on the group’s three-year goals.

In Phase III, The Accountability Plan (AP), the leadership team established a process for ensuring individual and team accountability for the STP. Commitments were cascaded down to each person and a rhythm of business calendar was established for looking at those commitments during routine reviews. The team also built a commitment database to measure their success on an ongoing basis.
Lastly, in Phase IV, The Sustainability Plan (SP), ongoing coaching was conducted to support the OAP implementation and to prepare the leadership team to run the program independently.

Benefits
Through the OAP, the group committed as a team to moving through the challenges facing them in the present because they aligned with and now believe in the vision for the future. Individuals gained clarity around their commitments and how much scope they can realistically manage, which eliminated a lot of the chattiness it previously took across the group to get things done.

They moved from working as individuals in silos to understanding the importance of teaming. They are collaborating more now because they are all trying to move forward for the larger picture. At the same time, people can go off and work independently knowing they are aligned with their commitments and what everyone else is trying to get done. They know when they need to connect on things and how often. If something is getting derailed, they know who to go to and how to make it work. “The alignment piece is critical. It enables me to delegate a lot more work than I could before so that I can spend more time with external stakeholders and manage across the larger organization to eliminate barriers for my team,” said Clark.

Conversations occurred during the OAP around metrics that enabled the team to create more relevant measures of success. For example, the team previously tracked whether a training course shipped on its expected ship date, but never measured itself against any standards for how long it should take to build a course. The same was true for their budget. The team previously only measured if they met their budget, but not how much learning content it created with that budget. The new measurement plan they created, as a result of the OAP, measures and improves their time to market and cost per content hour. The group is now looking at new ways to evaluate the quality of the training content that they produce through their new single-source vendor model, which the group seamlessly transitioned to as part of the OAP.

“This will simplify planning and enable us to drive more relevant learning experiences in a more measurable way,” stated Clark. “I expect we’ll start to be able to measure the impact of learning and adoption of our content by our customers,” said Clark. “That should put us in a position to be much more relevant to the business. If you look at specific numbers, we are shooting for 10% reduction in cost per content hour this year, and a 10% reduction in average time to market for solutions based on modality. In the first quarter alone, we’ve already seen an 18% improvement in cost per content hour, and we’re seeing similar improvements in time to market, which is huge for us,” he added.
The OAP has allowed this team to move through tumultuous reorganization and come out with a strategic plan for increasing their performance and results. “The OAP has made my life a lot easier. If I had to spend the time I had typically spent, or my peers typically spend, trying to figure out if my team is on track or not, I would never be able to drive the scope of change I am driving right now.”

Individuals within the group have a more focused approach to their commitments. According to Ann Jas, Global Program Manager on the team, “I’m now able to manage my work and e-mail in a way that ensures I’m driving the results I need. I have an effective system in place that shows me where I am against my commitments at all times. It also enables me to delegate work and stay organized.”
As a standard practice, McGhee collects both qualitative and quantitative data prior to and after the OAP to measure impact and return on investment. This group experienced the following results:

• An increase in teaming with clarity and alignment on commitments as cascaded from departmental goals
• A plan to effectively measure results and against long-term goals
• New operating guidelines, vision, and mission
• A planning process that provides a clear view of priorities
• Increased bandwidth for the tactical the day-to-day work