Skip to content
Previous Next
Microsoft Mexico Creates a Culture of Alignment and EffectivenessMcGhee Team2020-10-19T12:24:39-06:00 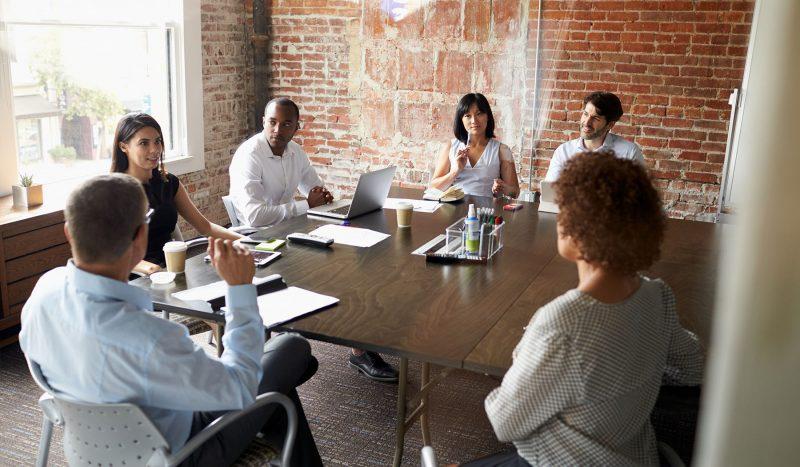 Microsoft is the world’s #1 software company, providing a variety of products and services including its Windows operating systems and Office software suite to individuals, small to mid-sized companies and leading enterprise organizations. Microsoft Mexico manages sales of the Microsoft suite of offerings throughout Mexico, generating over $700 million in annual revenue. Microsoft Mexico is committed to being the leading software, online and cloud services company in Mexico through superior client service, strategic planning and talent development.

Juan Alberto Gonzalez (Juan Alberto), the General Manager for Microsoft Mexico, is responsible for achieving Microsoft sales and revenue goals, Contribution Margin (profit) and Microsoft scorecard metrics. After assuming the General Manager duties, Juan Alberto realized that he wanted to improve the degree of alignment and focus within his team, the lack of which he suspected was creating low metric scores in many of the categories which Microsoft measures. Having done prior work with McGhee Productivity Solutions, he enlisted the help of McGhee Executive Consultant, Peter Felsmann, to assess their issues and help solve the problems within his team.

Juan Alberto committed time and resources to train 100% of the organization in programs to improve productivity, beginning with the Take Back Your Life® (TBYL) group sessions and eventually leading to the Objective Accountability Program (OAP). The OAP provided processes for his team to create and align on key objectives, increase accountability, and improve on their systems for measuring success. As a result, his team became aligned on a common vision and paradigm, creating increased accountability for achieving their objectives.

Situation
When Juan Alberto took over as General Manager, he quickly noticed the opportunity to increase alignment within his new team. He became aware of a need to increase Microsoft Mexico’s Work-Health Index score and “Diversity” (female representation), and the lack of “Cross-Group Collaboration” was impeding the subsidiary to reach its fullest potential. In addition, general overwhelm throughout the organization, particularly regarding email management, was impacting focus on strategic activities and work/life balance. Finally, Juan Alberto wanted to improve his partnership with his Executive Administrator, which was causing strain and frustration when collaborating on work.

Solution
Juan Alberto had previously worked with Peter Felsmann in a prior Microsoft subsidiary. He and Peter began to create a plan for implementing the Take Back Your Life™ program within his team. Together, they initiated a series of training sessions to increase productivity. Results included reductions in email volume and interruptions, and additional time each week to focus on key objectives. The success of the training led to a roll-out of the program to the entire organization, including on-going seminars for new hires.

In addition, Juan Alberto and his Executive Administrator did the Personal Information Management (PIM) program, where they worked with Peter 1:1 to develop a more powerful partnership. Through this coaching, his Administrator became his Business Manager, sharing a strategic vision of priorities with Juan Alberto.

Working with Peter, Juan Alberto began transforming the culture of Microsoft Mexico by implementing the Objective Accountability Program (OAP), thus aligning his Leadership Team in the vision of where he wanted to take Microsoft Mexico.
Through the OAP, the team realized how critical their role was in managing important initiatives and driving the organization forward through teamwork and completion.

In Phase I, Preparing the Leadership Team for Change, Peter and Juan Alberto worked to identify obstacles in creating and reaching their goal of being a $1 billion subsidiary. Juan Alberto communicated the commitment to change and the implementation of an annual Strategic Team Plan (STP) and Accountability Program (AP) to the organization.

In Phase II, The Strategic Team Plan (STP), an off-site session was conducted with the leadership team to review the prior year, celebrate successes and recognize disappointments, and create new guidelines for success. These guidelines were designed to ensure that their disappointments would not be carried into the future. Through this process, paradigm shifts took place which enabled alignment, clarity around goals, and greater levels of accountability. The team worked to identify the key areas that were causing overwhelm, discovering that there were too many things considered a priority. Through working with Peter, Juan Alberto and his team were able to establish the items that were truly top priorities; the things that supported the development of becoming a $1 billion subsidiary. Objectives were created and projects were cascaded down throughout the team.

The team became aligned on a strategy that included ensuring diversity, growing their work-life balance metrics, and sharing the vision of substantial revenue growth.

Benefits
Microsoft Mexico transformed from a culture where distraction, overwhelm and lack of “Cross-Group Collaboration” was common, to a culture of greater alignment, focus and work/life balance. By utilizing Microsoft Outlook and applying McGhee methodologies through the Take Back Your Life® (TBYL) program, the entire team utilizes an effective system to manage emails and tasks, remains focused on overall strategy and eliminates time spent in their inbox. From a cultural perspective, the McGhee Objective Accountability Program (OAP) addressed breakdowns and barriers in communication within the Leadership Team, transforming them into a leadership culture that is aligned in one unique vision, focused on a consistent strategy, and committed and accountable for producing results.

The metrics to measure satisfaction and work/life balance have experienced notable improvements, while the standards for diversity have increased above the industry average. Team members are focused on strategic objectives that drive the company forward, and are aligned on the outcomes they want to produce.

As a standard practice, McGhee collects both qualitative and quantitative data prior to and after the consulting session to measure impact and return on investment. This group experienced the following results:

• Improved female recruitment metrics and a committed Leadership Team to ensure female candidates are considered
• Created a process for managing and tracking information in Outlook
• Created unification, alignment and focus on strategic goals
• Leadership team aware of each other´s priorities and how each individual impacts the whole: “Cross-Group Collaboration”